Christy Moore’s new album, “Lily” will be released next Friday – track six is my song “Oblivious”. 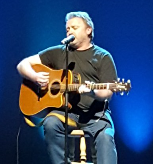 Mick Blake is a singer/song-writer based in County Leitrim. His songs have a strong social message. He has received plaudits from many singer-songwriters including Christy Moore and Paul Brady.  Christy Moore has included “Oblivious” on his new album, “Lily”, due for release on May 20th.

He recently performed at the Rising Centenary concert with Christy Moore and Damian Dempsey in Liberty Hall on Easter Saturday, March 26th.

The links on the left are to his songs/videos, with an insight into the inspiration and creative process behind each song.